Check out this cool fan page I found!
Posted by Unknown at Tuesday, January 31, 2012 No comments:

Android – the future of smartphones

There is a new kid on the block of smartphones, featuring a brand new operating system that goes by the name Android. Created by Android Inc. and Google, more Android devices are currently being sold around the world than any other smartphone available. So, what is all the fuss about?
Firstly, Android phones are faster and more powerful. Their WIFI capabilities enable you to experience the same high speed internet that you have grown to love from your home computer. As well, short of doing your laundry (although it probably could help you find a new laundry system or dry cleaner), an Android smartphone can do just about anything. Many different suggested applications come with the device, as well as include a media player with both audio and video capabilities. If you are a person who gets lost easily, a navigation application can help. If you have a hard time remembering your shopping list, plug the information into your phone and certain programs will remind you to go shopping, as well as display your list when you arrive at the grocery store. The Android system provides users almost unlimited possibilities, with over 260,000 applications available.
If you like playing on your phone, you will also enjoy state-of-the-art games, such as Angry Birds, Bubble Popper, Sudoku, Poker and Bejeweled. Not to mention, all social networking sites (including Facebook and Twitter), are found in one place with automatic streamed updates. You can still stay in touch with friends and family on these phones through instant messaging, texts, email or the old fashioned way, via a phone call.
Just in time for Christmas, Public Mobile offers a no-contract option on all of their Android phones, for less than $200. You get unlimited talk, text and data on their 3G Advanced Network. You also get a guarantee of no dropped voice calls.

Smartphones Are The Future. Of Everything.

I sincerely hope you’re a fan of smartphones and own at least one. Why? Because smartphones are the future. Of everything.
Just a few years ago we all had normal, run-of-the-mill cellphones (which are now lovingly referred to as feature phones). We would primarily use them to make and receive calls, and send and receive SMS text messages. Some people ventured on to the Web, while others loaded music on to their handsets, but the experience of doing either of these tasks was generally a negative one.
Fast-forward to the present and smartphones are all the rage. Almost everyone has them, and those who don’t will likely soon be upgrading to them for fear of becoming an outcast spurned by society for not complying. And experiencing smartphone envy until they do. The problem is handsets and the operating systems that power them are improving so quickly that what you buy today will be outdated and underpowered this time next year.
Even in their current form smartphones are offering so much. I recently realized that mine has essentially made my digital camera, my mp3 player, and my Nintendo DS obsolete, because I use it in place of all three (for taking photos, listening to music on the go, and playing games on the go, respectively). If I drove and had a sat-nav (or GPS) device it would have done the same for that. It also means I’m less tied to my laptop throughout the day, and I can watch television shows and movies, be informed of breaking news, and have instant access to a world of information at my fingertips at all times. In fact, with the size of smartphone screens increasing and the method of text input improving it could be argued that smartphones are becoming tablets; mini-computers which reside in your pocket at all times. 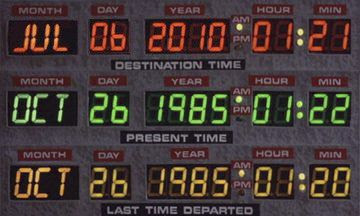 Still not convinced? Then consider, if you will, and I really think you should, Google Wallet, which was launched recently in New York and San Francisco. If you haven’t heard of Google Wallet then you may want to prepare yourself, because it signals a new reality, one in which we’ll all be paying for goods and services electronically using nothing more than our smartphones.
In effect Google Wallet will be an app on your smartphone which replaces the need for you to carry cash, checks, or cards of all variety (debit, credit, and store). You’ll link your card to Google Wallet and then use your smartphone as means of payment using NFC (Near Field Communication). Already being trialled in two large U.S. cities, Google Wallet could, if the search giant has its way, be everywhere. On all phones, on all networks, in the pockets of everyone, everywhere.
Smartphones are replacing the need for a host of other gadgets and becoming a necessity rather than a luxury with each passing month.
With this future rapidly becoming the present, I wonder if the term ‘smartphone’ is highfalutin enough. We clearly need to be thinking more in terms of ‘geniusphone’ or ‘Einsteinphone’. Or perhaps we should drop the phone part altogether. After all, the actual act of phoning other human beings appears to be rapidly becoming the least important part of the equation. In which case perhaps I need to adapt the title of this article to ‘Smartphones Are The Future. Of Everything Other Than Making Phonecalls’.

Posted by Unknown at Thursday, January 19, 2012 No comments:

Posted by Unknown at Saturday, January 14, 2012 No comments:

Android or iPhone ?
It is one of the most discussed topic among the smart phone users around the globe. When we consider smart phones, it is the Apple’s iPhone which had deep impact in the mobile phone marketplace over other devices. This revolutionary smart phone is a cemented warrior against an endless list of smart phones. But the real beginning of smart phone revolution marked with the entry of android phones. This smarter android revolution easily led to a new era free of limitations. 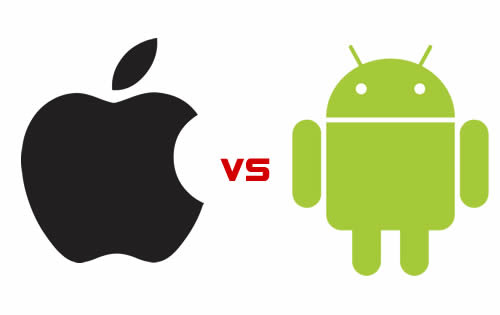 If you are looking for iPhone alternatives, it is high time to choose an android phone. The android and iPhone evaluation depends on a number of different factors. The features offered by both the smart phones are carefully examined from several angles to reach a conclusion. Selecting the perfect smart phone might be a critical task here. This article might be an eye opener for those who are planning to buy a smart phone.
Apps and widgets
The screen of an iPhone is visually littered and complex with icons because the widgets that are on the android screen offers one touch information with just a click. In terms of Google usage, android performs better and is perfect for serious Gmail users. This is a major drawback of iPhone.
Network lock and availability
The most important reason to prefer an android over iPhone is the universal availability of android phones. This is a clear-cut difference with the iPhones that are available only through selected outlets and Apple stores.
The network lock is a serious problem that restricts iPhones to use in different networks. It often limits the freedom to choose a service provider out of interest and usability. The iPhone cannot be used with any provider other than the subscribed service provider. But android phones are completely free from network restrictions.
Browsing
In terms of web browser features, android phones enjoys a superior position over the iPhone. When iPhone supports a single browser (safari), android phone offers extensive browser support along with flash. But the expensive iPhones don’t support flash and at the same time comes up with single browser.
Customizable
The android phones are easily customizable and hence you don’t have to think about jail-breaking! It offers rooms for endless personalization and you can decide and configure the behavior of your android smart phone. But an iPhone is often bound to limitation and Apple’s decisions.
External need for software applications
iPhone demands to install iTunes on the desktop for transferring any music, videos or applications to your iPhone. But simple data transfer from any computer is enough for an android device.
Now, it’s your choice. You may go for an expensive iPhone or a smarter android powered device!

If you were a dev, and you'd have checked out the code you'd know. I ran my own AOSP, thank you very much. Half of it uses binaries for the stock phone(s) because unless you're going to reverse engineer for a year or two there's no other way.

First of all, it's not always open. It's open, sometimes, as history proved. Plus, updates arrive in packs, not gradually, because it's development model is closed.
And when it is opened, it's missing all the important stuff - of course -.
You may wonder why huge teams like CyanogenMod struggles to port Android 4 to many devices?

Well, guess what! That's because the code to support the devices is NEVER there. The drivers are always user space closed source, and the API breaks with Android upgrades.
They also break with standard APIs (alsa, etc) more often than not *on purpose*.
The RIL (radio interface layer, mind you) is generally closed sourced as well.
So it Android as a whole open? Absolutely not.
Is Android technically superior to anything else that has existed so far? Nope. Different? Nope.
Even the libc implementation is crippled on Android.
Shall I go on? Android support of security updates is non-existant. Many devices ship with working exploits, right now.

And no, iOS ain't really better (but they do have proper updates).
For that matter, despite some mobile OSes being more open, I don't see any right now that is decent in all areas

Humanity Is My Religion

The Party Of The Young Generation